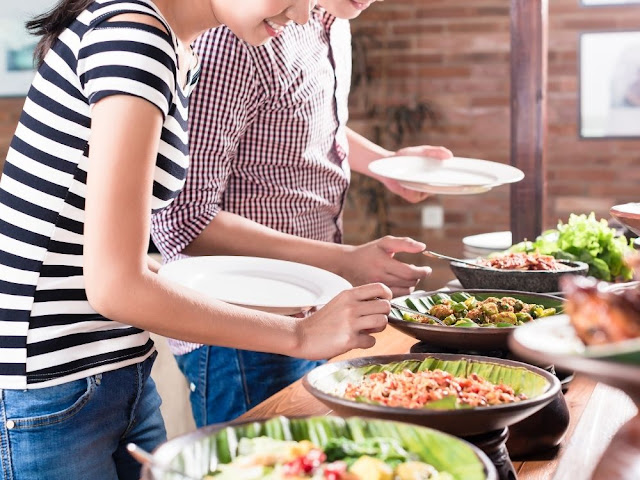 Each region in Indonesia has its own unique cuisine. Let’s say rendang (West Sumatra), pempek (South Sumatra), steam gold fish (West Java), ketoprak (Jakarta), lunpia (Central Java), rujak cingur (East Java), et cetera.
The foreigners who came to or stayed in Indonesia usually have tried at least one of them. But these are top of their mind: 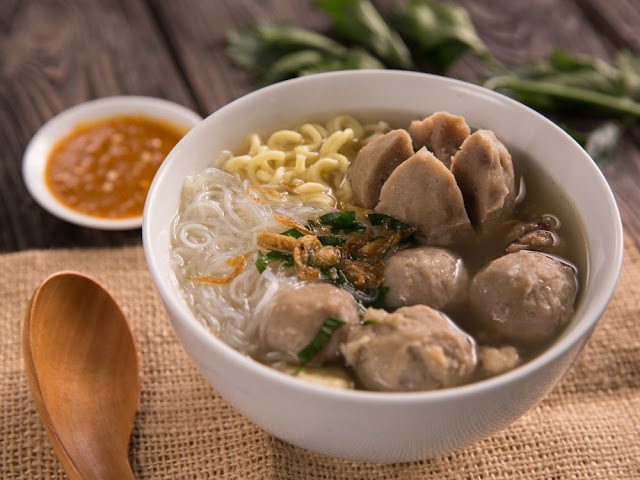 Even Barack Obama loves to eat bakso. This meal is made from chopped meat formed in ball shape. It is served with some beef broth with mainly seasoning from garlic, salt, and pepper. Sometimes, it’s served with noodle, vegetable, and tofu. And oh, sambal (chili sauce) if you love spicy.

It’s very understandable if Obama loves meatball. In fact, most people does too because the taste is really delicious. In Indonesia, you can find bakso everywhere: restaurants, stalls, even sometimes a bakso seller would pass in front of you with his typical cart. 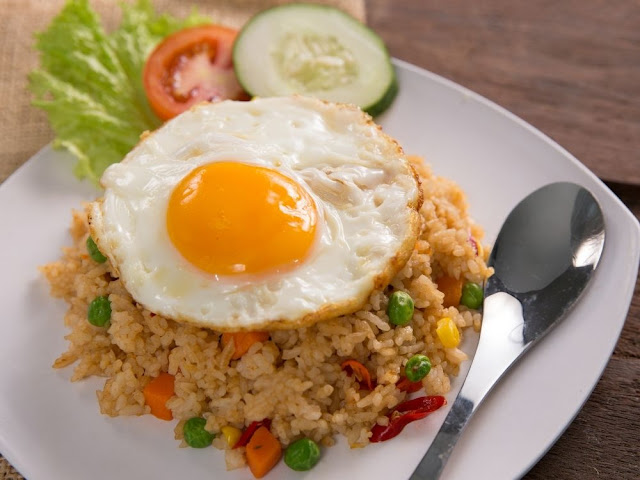 You know this, don’t you? As its name, the fried rice is made from rice fried with garlic, union, salt and soy sauce. Chili, egg, mushroom, tomato, shrimp, and chicken liver often added to make nasi goreng more tasty.
Did you know, this culinary is a favorite dish of Indian superstar Shahrukh Khan and American singer Katy Perry. Like meatball, fried rice can be found everywhere anytime. It also becomes a breakfast menu at many hotels in Indonesia.
In Bunda's region, West Java, fried rice is usually served like I just said. But in East Java, it doesn’t use soy sauce. It uses tomato ketchup as a main seasoning. As I told you, each region has its own unique cuisine. Even for just fried rice, you can find tens of variation from Sabang to Merauke. 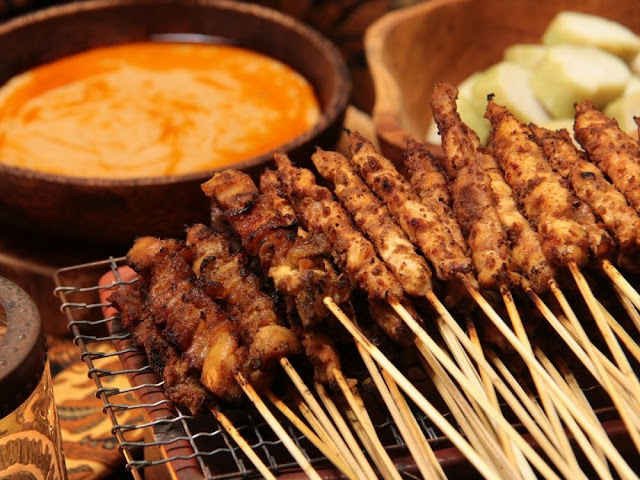 Satay for my family is good choice when there is no meal at home, or when we were in no mood of cooking. We just go outside and buy chicken satay, the stabbed and grilled chicken meats with peanut sauce.
It’s so mouthwatering and we never get bored to eat it. Maybe this is also the reason why the K-Pop’s artists Super Junior loves satay.
Besides made from chicken, satay can also be made of beef and goat. But for Bunda, chicken satay is yummier. You know, the meat of beef and goat are little harder to chew (unless the juvenile goat satay) and the tastes are never as delicious as chicken satay. 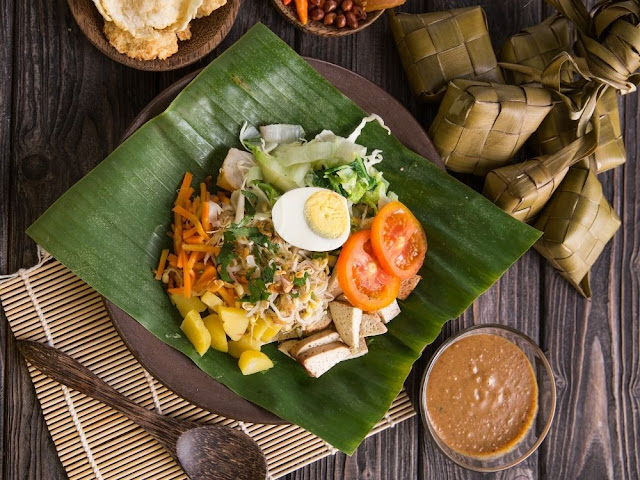 Another cuisine that’s so lovable for foreigners is gado-gado. The boiled egg and potato mixed with slices of tomato, lettuce, cucumber, fried tofu, poured by peanut sauce. It is fresh, satiate, and healthy. Matt Scannel, the vocalist of Vertical Horizon, loves this Indonesian salad.
The peanut sauce of gado-gado is different with the peanut sauce of satay. For gado-gado, the peanut is fried without oil. Then it’s cooked with garlic, coconut milk, brown sugar, and salt. That’s gado-gado from East Java. Meanwhile, gado-gado from Betawi (Jakarta) has sauce like peanut sauce for satay. There, the vegetables are not cooked first. More like Bandung’s lotek. 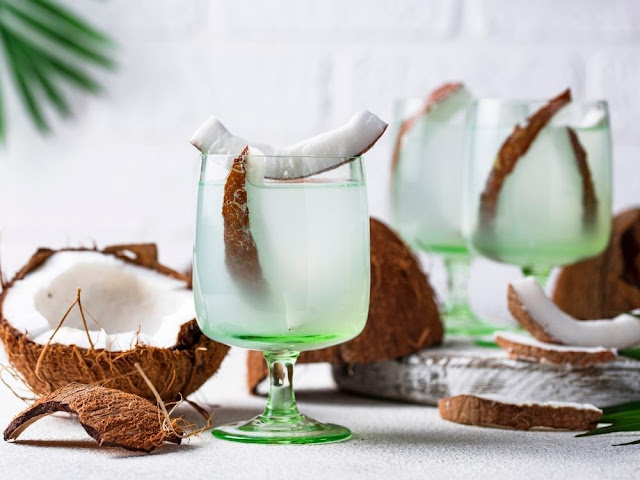 For beverage, Indonesian people has es cendol or dawet (made from rice powder green colored by sujji leaf, and served with coconot milk mixed brown sugar), es tebu (sugar cane water), es campur (made from avocado, young coconut, jackfruit, grass jelly with coconut milk, sweetened condensed milk, sugar, tiny amount of salt, and a refreshment of shaved ice), degan, and many more.
Jason Mraz loves es degan. This beverage is made from young coconut with its juice.
Degan is very healthy. It functions as natural isotonic water for your body. You drink it to get more calium (potassium), protein and sugar. Degan gives back your body fluids like Pocary Sweat or Gatorade, but this is the natural version.

OK, those are some foods and beverage that are loved by the international figures. I suggest you them too, actually. Specially when you visit Indonesia for the first time. Because they are light, delicious, and rather common, so it’s acceptable by the foreigners’ tongue and stomach.