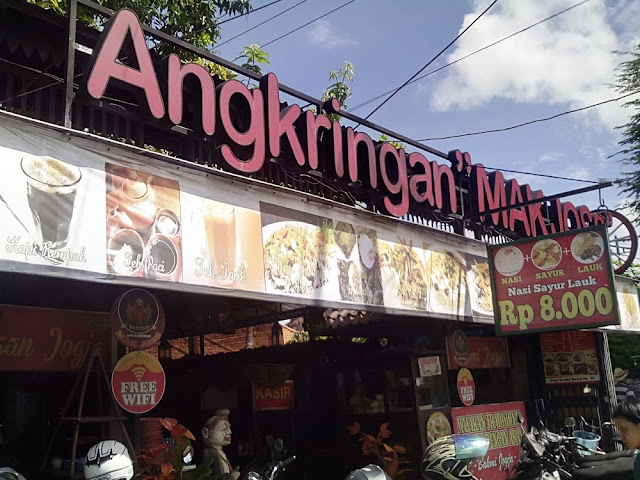 Quite often, Yayah passed the street where Angkringan Mak Joss is located. Angkringan is a kind of traditional food stall, which is very popular in Yogyakarta, Central Java, and East Java. The word means a place to sit down for casual chatting about anything with close friends or relatives. Usually it's done while eating some snacks.
When come to food stall context, an angkringan (or in Solo and some regions in Central Java Province we call wedangan) is characterized by its two-wheeled cart with simple, cheap food and beverages on.

Although Surabaya and Yogyakarta or Central Java are separated at least three hundred kilometers away, but there have been some restaurants or food stalls with angkringan style in Surabaya. Yet, we had never tasted any of them.

So that day, we The Homerie decided to visit Angkringan Mak Joss.

Entered this cafe, we suddenly felt a nuance of traditional Yogyakarta. What a wide, cozy place! Apparently, it can hold about 100 guests. But unfortunately, it was hot and dim at the moment.

Like any traditional resto or food stall, there are to types of table here. First, normal tables, the ones with chairs. Second, the ones with short-legged tables and without chair, so you can sit cross-legged, kneel, or whatever you want. We chose the second type, or local people simply call it lesehan.

Then, a waiter came greeting us. He gave us menu list.

Don't get fooled by its traditional appearance. The food prices here were averagely same with most of restaurants' in Surabaya. All ranged between 4,000 to 30,000 IDR.

It's not cheap. But I think, it's worth. 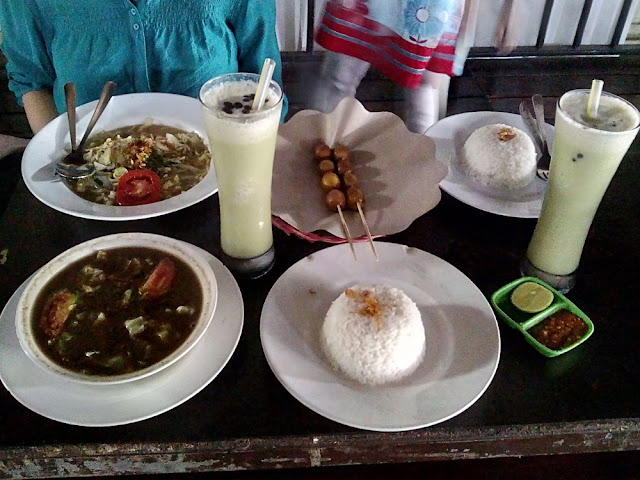 Before, I thought angkringan only served sego kucing, a very small portion of rice with a little anchovy chili in a wrap of banana leaf. But the fact is, Angkringan Mak Joss has much more dishes to offer. For examples:We ordered tongseng, bakmi godhog (traditional noodle with broth), skewers of quail eggs, and two glasses of avocado juice.

Besides the food, Angkringan Mak Joss sells souvenirs such as traditional toys for kids, krises, spears for decoration, batik, and so on.

If you look for restaurant with different ambiance in Surabaya, or specifically Jogja traditional nuance, we would happily recommend Angkringan Mak Joss. The food was also good. However, the wi-fi or Internet signal was bad. 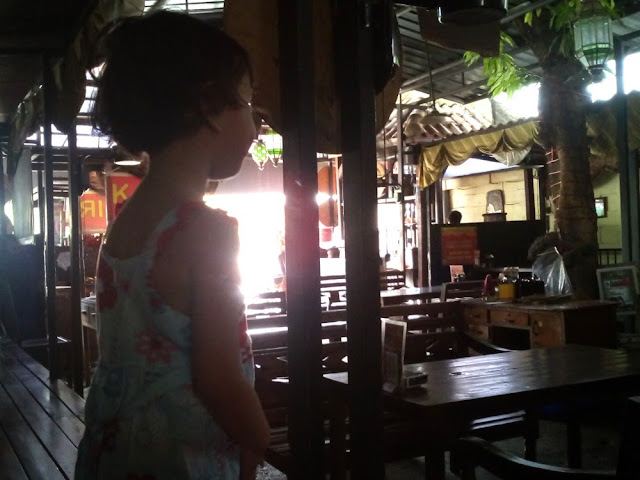