Renovating A House Alone, Is It Possible? 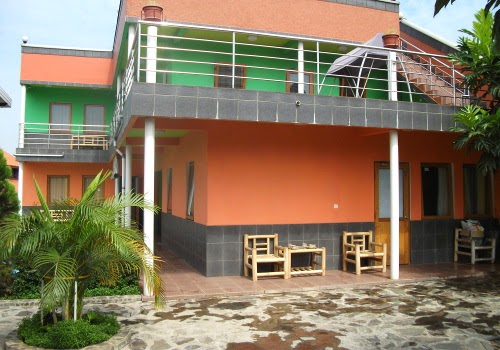 Yes! Why not? In fact, we know someone who did it with his own hand. His name is Lubomir.
This Czech is a retired soldier. He has a pretty wide property to rent in Cicalengka, Bunda's hometown. Once we visited it, there were three bedrooms (with bathroom inside) and a winding swimming pool. It had second floor too, with two bedrooms.
What surprised us was, he built this house with his very own hands. Shoulder to shoulder with his wife for more than a year. Unfortunately, "She then walked away from home. From me and our daughter. And never came back," said Mr. Lubomir.
He told us her reason, but of course, it's not for public. Afterward, he and his daughter decided to renovate that 'handmade' house, which has too much painful memory.

Few months later, Bunda had heard that his home has been completely rebuilt and became a guest house. So we revisited him. The house has three floors now. Actually, the third one is a roof, where he used to hold a barbecue party with some friends or guests.

The renovation didn't touch the foundation at all, since the rooms are still the same. But the taste is so different. This time, he customized the whole building with a minimalist style. No more American classic (like his wife’s taste, apparently). No more "artistic", winding pool. 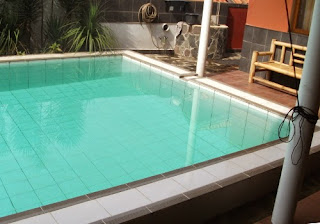 Did Mr. Lubomir once again build it stone by stone with his own hands? With his 8 year old daughter? We don't know. However, Yayah remember what Mr. Lubomir advised about building home by himself:
Now, it's up to you. As we know, the biggest spend in our life is probably to own a property. That's why we are always trying to look for the cheapest way to gain it.

One of the most common ways is to build home by own efforts. Maybe you are an architect or a foreman who know home building from A to Z, go ahead. Of course, it has advantages and disadvantages at the same time.

Posting Komentar untuk "Renovating A House Alone, Is It Possible?"