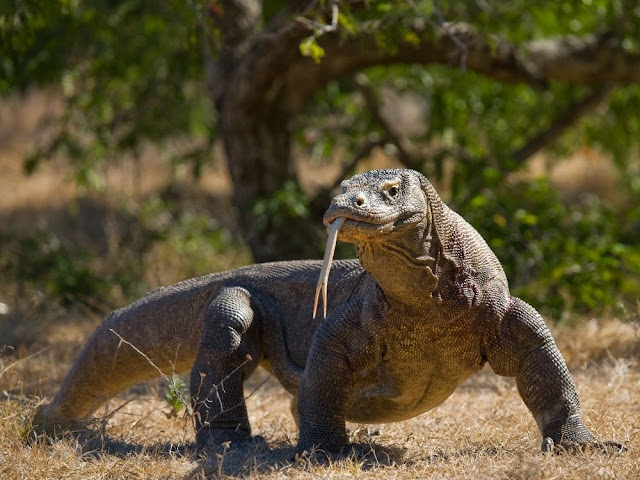 We are talking about the top predators in the ecosystems. Komodo dragon. A.k.a. Varanus komodoensis. Many filmmakers have been inspired by this monster. As far as I know, there are Komodo (1999), The Curse of the Komodo (2004), Komodo vs. Cobra (2005), and there are so many more in documentary genre. 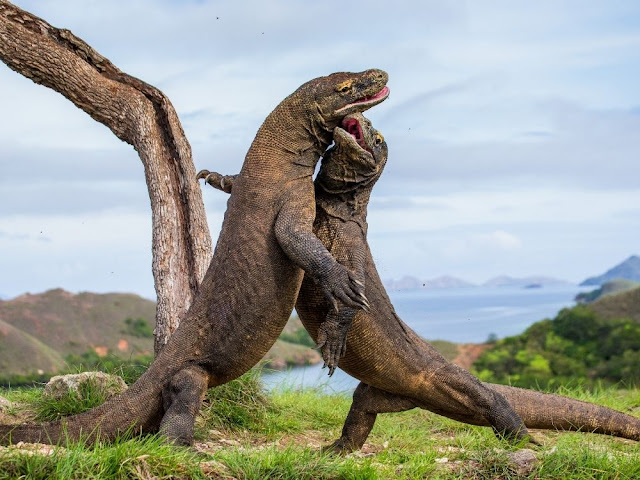 This lizard natively inhabit the islands of Komodo, Rinca, Flores, Gili Motang and Gili Dasami, in Indonesia. Their average weight is 70 kilograms, with 2-3 meters in length. The largest male specimen found is 3.13 meters in length.

Komodo is capable of parthenogenesis, in which viable eggs are laid without fertilization by a male. In the simpler language, a female can be multiplied without any touch of male one. They really fulfill the characteristic of monster, don't they?

Moreover, how they hunt reminds us to a cold blood assassin. Although komodo dragon is able to sprint briefly at 20 kilometers per hour, they seldom use this ability. Komodo is a stealth predator. They stay motionless and camouflaged alongside the unwary, which tend to be very young, old, or infirm.

Komodo attacks their victim by clasps it with the serrated teeth of the jaw. The preys are seldom downed in first attack. They usually escape. But not for long. They'll die a few hours or days later because of septicemia introduced by the virulent strains of bacteria from komodo's saliva. Komodo dragon themselves are immune to its own deadly microbe. 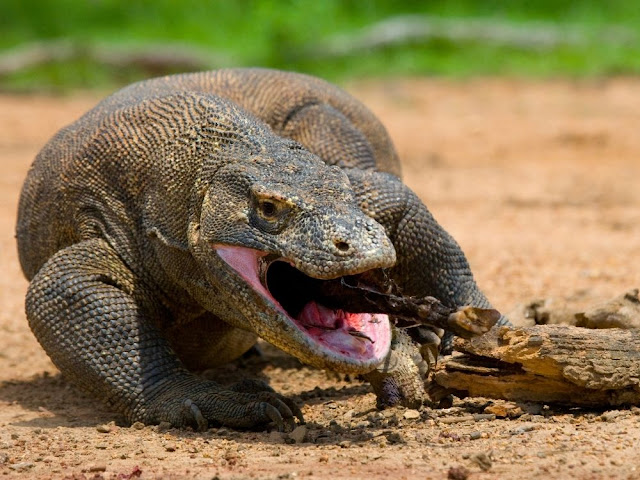 The dragon has two highly developed sensory organs, i.e. the olfactory and the Jacobson's. These allow them to detect rotting carcasses from 10 kilometers away. The yellow forked tongue inconstantly being flicked in and out of the mouth like tasting the air, and inserted the information into Jacobson's organ in the roof of its mouth.

Komodo is typically communal eater. Any number of dragons might arrive at the carcass location. And what usually happens then is: Only the dominant males devour the meat, no other komodo in lower strata dare to join in. Not until the dominant males are sated do other dragons go forward. But still, queue in order of body size is prevailing.

After eating, komodo dragon becomes quiescent and approachable. Due to its slow metabolism, large dragon can survive on as little as 12 meals a year.

What Komodo Dragon Do 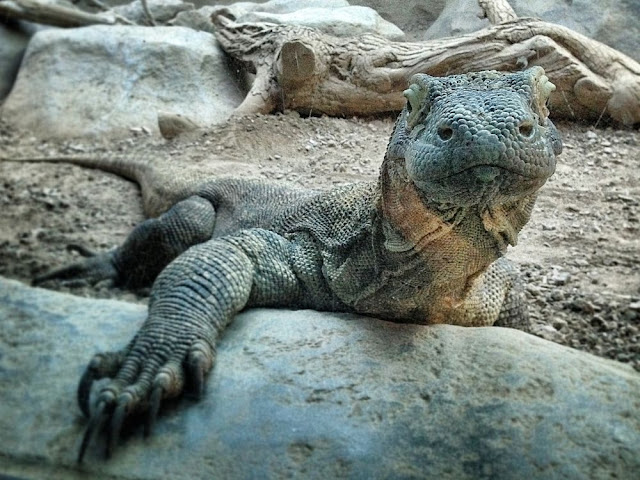 Between May and August, mating occurs. As males outnumber females in a ratio of nearly 4:1, the dominant male must fend off other suitors. Strongest male will fight any contender, until the vanquished flees or is dead.

About September, a clutch of 15-30 eggs is buried in a nest dug by the mother. A typical nesting site is in the composting vegetative mounds of the maleo birds which are indigenous to Komodo.

The gestation period for the eggs is 8-9 months. Hatchlings, which average 40 centimeters in length and weigh 100 grams, the little dragons emerge from the nest in April and immediately scramble up the nearest tree to avoid being eaten by the adults.

There are a lot of small mammals, lizards and insects in the trees to sustain the juveniles' life until they descend to the ground roughly one year later.

Komodo's life span is more or less 50 years. But komodo matures slowly. It becomes sexually viable at 5-7 years, and achieves maximum body in 15 years. So, the first to fifth birthday is very risky period. Because, the juvenile komodo is just too bulky to safely ascend any tree. In other hand, it is also not big enough to outrun a ravenous and determined the adults.

But mostly, komodo does not prey its fellow. Their prey some others animal like deer, boar, wild buffalo, the maleo bird, snakes, reptiles, monkeys, wild horses, also goats raised by the islander. 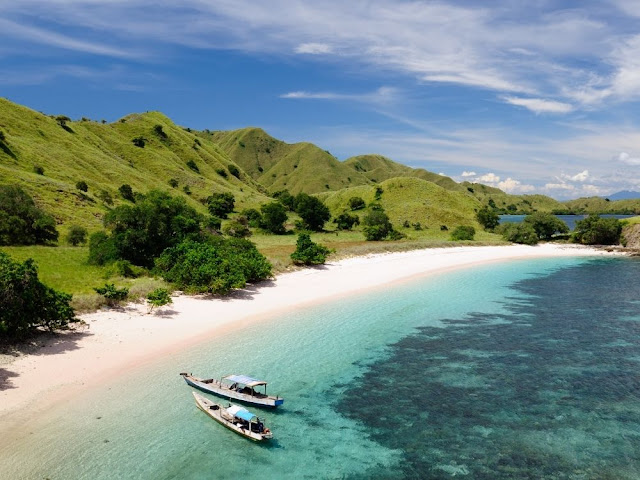 These are the 11 facts you probably didn't know about Komodo National Park (Taman Nasional Komodo or TNK): 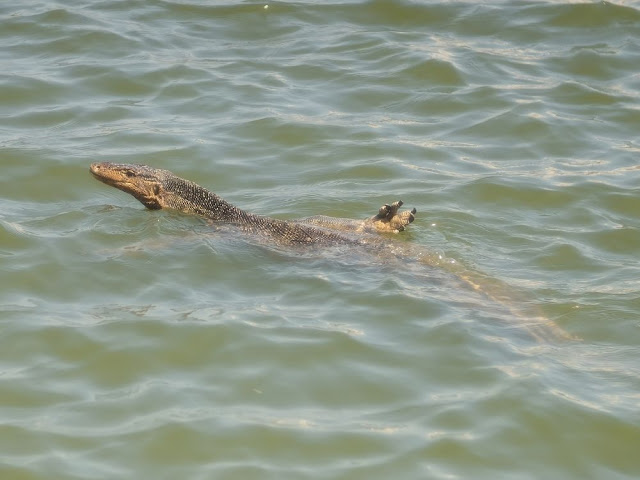 Since komodo dragon meet everything to be called monster (big, on top of food chain, parthenogenesis, and cannibal), be any near of them is last thing you want to do.

They very rarely prey human, though. But remember, this is carnivore that stands on top of the food chain, everything is possible. There have been eight recorded instances of attacks on humans since the Komodo island has become a national park, the Komodo National Park.

Not only its teeth, strong claws and formidable tail that are fatal of komodo dragon, their saliva is simply deadly as well. Have you seen Jet Li's deadly martial art movement in Luc Besson's movie, Kiss of the Dragon? Well, it could be denotative meaning.