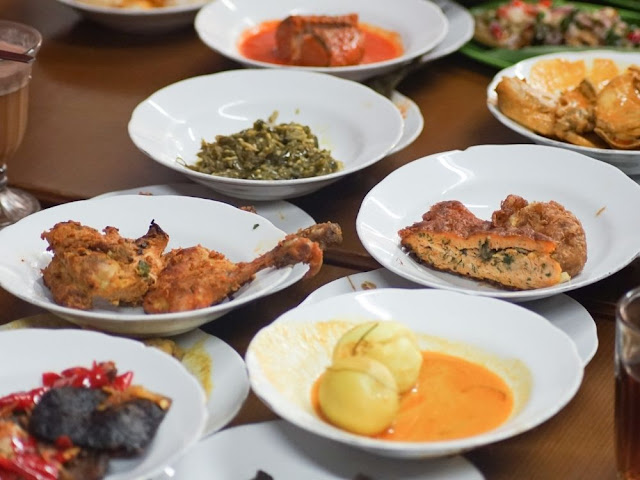 Ayah-Bunda, did you know, cuisines originally from Minangkabau land is commonly called Padang cuisine? It's because Padang is the central and the largest city of the province. Mostly, cities in Indonesia have Padang Restaurant, or at least Padang Hut.
Padang food is so famed, nationally and internationally, for its spicy tasteful and unique way it being served. All the dishes are displayed at a glass counter near the entrance for customers to select their favorites. Yayah think this is an ancient tactic to whet one’s appetite.

Ordering at a Padang restaurant couldn’t be easier: sit down, and watch dozens dishes with highly flavored foods pile up. It is served in small portions of various dishes, but constituting, with rice and insipid tea.
Eat what you like, Ayah-Bunda, then pay only for dishes you’ve actually consumed. Don’t worry, the waiter would know exactly what have missed there.
You’ll soon look at rendang sapi (spicy curried beef cooked until the sauce is dry), soto padang (crispy beef in spicy soup), ayam pop (popcorn-like of chicken), curried fish, sate padang (beef satay in curry sauce), fried chicken, etc.
Everything is delicious. But we, The Homerie, are not keen on sate padang. It just doesn't suit our tongues. 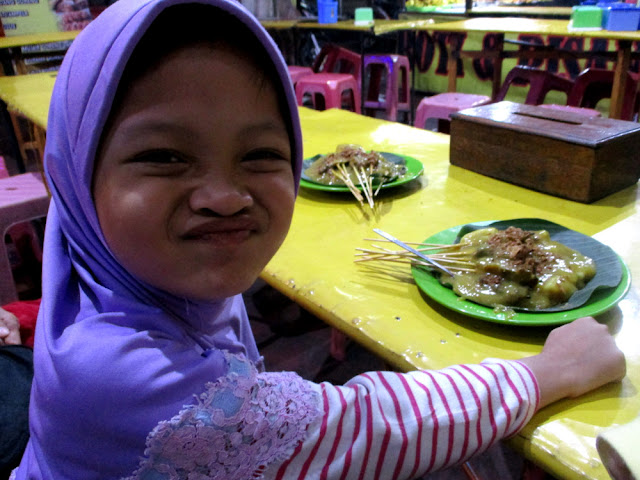 Anyway, Padang dishes can be used unusual ingredients, including internal organs like hearts, lungs and brains.
And don’t forget sambal, the spicy sauces ubiquitous at Indonesian tables. Specially in Padang restaurants, it is obligatory to serve sambal ijo (green spicy sauce). Usually sambal is red or orange, but sambal ijo is naturally green. Not spicy on my tongue, so don’t hesitate to try it.

Because Padang cuisine is dominated by meat and coconut milk (which means cholesterol risky), I strongly recommend you to balance them with vegetables. They’re delicious too.
So, bon appétite, Ayah-Bunda!