Philosophy of Ketupat or Kupat 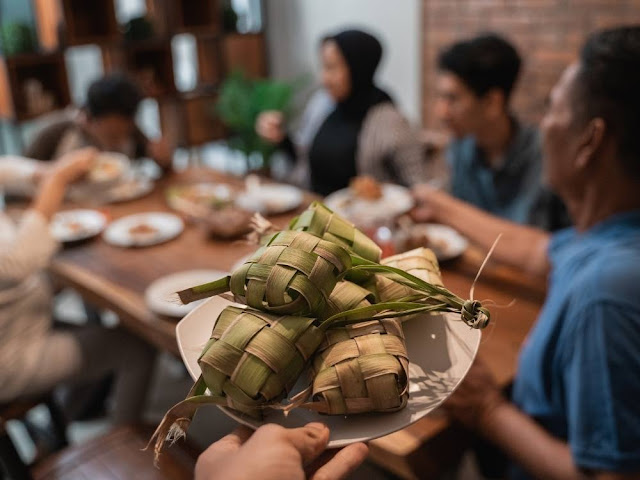 Every Eid ul-Fitr day, in muslim’s houses, there is almost always ketupat. It is a staple food made from rice, wrapped by coconut leaves. Ketupat or kupat also can be found in Indonesia, Malaysia, Brunei Darussalam, Singapore, and Philippines. It is not also served only in Eid ul-Fitr. In Bali, ketupat is also used as ceremony presents.

The word "ketupat" or "kupat" derives from Javanese word "ngaku lepat", which means "admit a mistake". We hope ketupat tradition can make us admit our mistakes so we can apologize each other.

The shape of ketupat is rhombus. In Javanese culture it means four human desires: amarah (anger), aluamah (hunger), supiah (desire to possess something good), and mutmainah (desire to force ourselves).

We struggle to conquer those desires during Ramadhan. So, by eating ketupat, we supposed to fight against those all.

How to Make Ketupat? 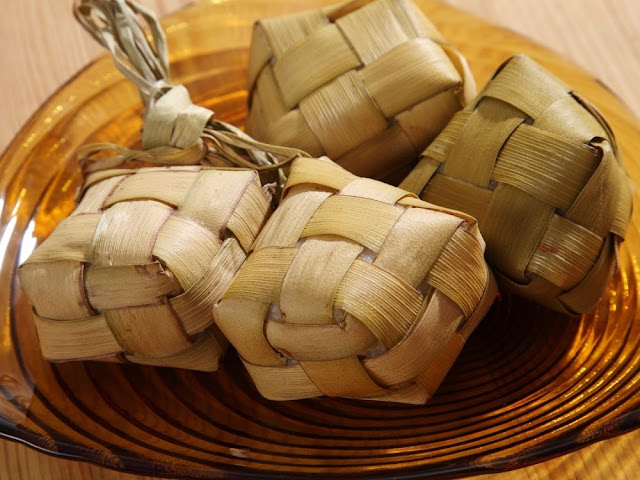 Ketupat pack is made of janur kuning (coconut leaves) as a symbol to refuse misfortune. People in Indonesia used to make ketupat pack together to show their intimate. But of course, we can also buy them in common markets.

Put some rice into ketupat pack, then steam it. Some use santan (coconut milk) to boil ketupat. But in my house, we simply used pure water. Wait for about half an hour. Then, voilà!

Now we can serve it. Usually ketupat is served with kari ayam (chicken curry). Yummy! 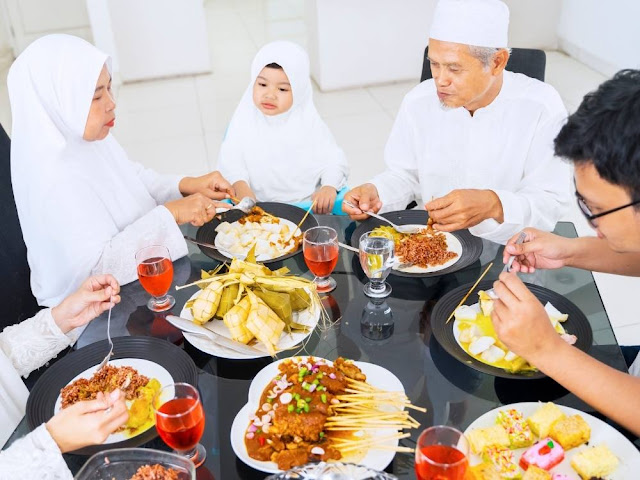 Some say ketupat is a symbol of any kind of people mistake. We can find it in the complexity of making ketupat pack. Ketupat also shows the purity of heart after mistake apologize. We can find it from the color of ketupat after we cut it into two parts.

As we know, Indonesia has many cultures. So there is various way to serve ketupat. In Kapau, West Sumatra, ketupat is made from sticky rice and boiled in spicy santan. It can be eaten with gulai itik cabe or rendang.

In Jakarta, there is a unique serving from ketupat, called ketupat bebanci. The ketupat is served with santan contains meat cooked with any kind of spice such as kemiri, union, chili.

In our tradition, we do not only make ketupat. Sometimes, ketupat is less popular. We have something else beside ketupat to be served every Lebaran: lontong. It is made from rice too, only it is half-cooked and wrapped with banana leaves.

How about you? Do you have different tradition with ketupat or another Lebaran meal?