Tourism Sites You Can Visit in Cicalengka, Jawa Barat 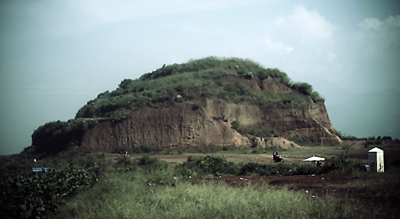 Actually, Bunda didn’t come from Bandung City. She came from Cicalengka District, Bandung Regency. But because Cicalengka is not quite popular, she often has no idea how to explain the district when some people asked. Beside, Cicalengka has same temperature and culinary as Bandung City.

Since she lived in Surabaya, she missed her homeland. Cicalengka and Surabaya are totally different. Surabaya is a metropolitan, while Cicalengka is a village. You can see many rice field and garden there. Although the number of those green areas have decreased due to manufacturers.

However, don’t think that Cicalengka offers you only panoramas. There are also two tourism sites. First, Cinulang Waterfall. It’s located between Bandung Regency and Garut Regency.

However, this area is a part of Sumedang Regency. Well, this may confuse you. But Cinulang Waterfall is still recognized as Cicalengka tourism site.

Second is Aki Enin Cottage. It’s a new tourism site in Cicalengka that offers village panorama. You can see rice field, river, and mountains while enjoying some traditional and humble menus, such as fried fish and chicken, tahu, tempeh, vegetable, and its spicy sauce.

Yes, all you can find here is greenery land with nature product, instead of grey high building walls with great technology. Aki Enin cottage is located far away from the crowds. That makes you can relax after work. Or even get some fun! There is flying fox too here. 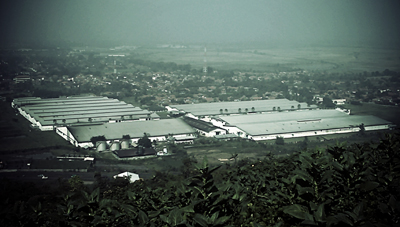 Actually, there is another place that is popular in Cicalengka. It’s called Candi. In Indonesian term, candi is temple. But Candi here is not a temple. People call it that way because it looks like temple. Candi is merely a jogging destination, anyway. On Friday until Sunday, this site would be full of people and food seller.

From Candi, we can see Cicalengka. The rice field looks still dominant, thanks God. We can also see the railway. Remember, when I told you story about Cicalengka-Bandung train? The railway is passed by some trains, not only by Cicalengka-Bandung or Cicalengka-Padalarang direction, but also Bandung-Surabaya (such as Mutiara Selatan, Turangga, and Argo Wilis train), and Bandung-Yogyakarta (such as Malabar Train).

Well, Cicalengka is a humble, small world where people live in simplicity. Of course, there still are town facilities, such as internet, schools, university, hotels, and so on. Yet, people here keep their traditional custom. Simple. And I wish it would never disappear.