Tahu Gimbal is not as Dirty as Its Name 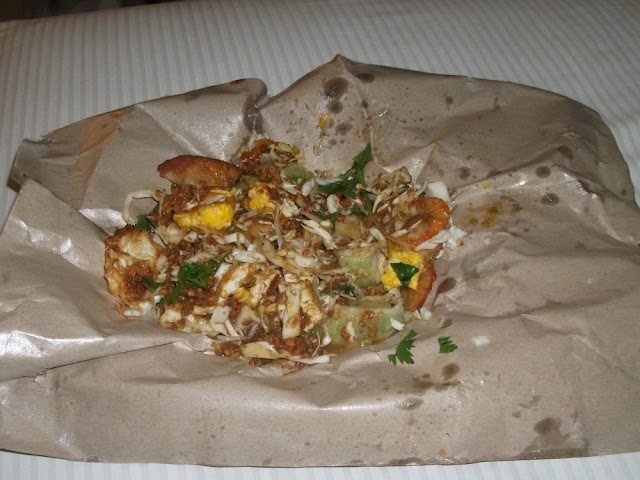 Do you know what does "gimbal" mean in Indonesian? It's dreadlocked hair! "Gimbal" does also mean hair that's never been washed, so it gets dirtier and thicker than usual. Yuck! At least, that’s what crossed our mind when first time we heard this cuisine. Tahu gimbal.
It's a local food in Semarang, Central Java.
What does it look like? How good (or sickening) is the taste? We really had no idea. Until when we, The Homerie, had opportunity to step our feet on Semarang City.

Well, tahu gimbal is made from tofu, lontong or ketupat, gimbal (shrimp fried with flour), fried egg, and vegetables such as sprout, cabbage, and basil. While the sauce is made from nuts, chili, brown sugar, salt, water, and petis (fermented fish) that are crushed together.

We would say, it is like tahu tek in Surabaya or kupat tahu in Bandung (if you know those foods). However, we think tahu gimbal is more delicious.

And we can cook it too at home, since the ingredients are so easy to find everywhere in Indonesia.

To make tahu gimbal, just prepare some fried tofu, lontong or ketupat, fried egg, sprout (boil it for a while), cabbage (chop it small), and basil. For the gimbal itself, get ready some shrimp, flour, salt, pepper, water, and oil for frying. And for the sauce, you need nuts (fried), big or little chili, brown sugar, salt, water, and petis.

Now, let’s make it, shall we?There are enough carbohydrate, protein, and fiber on that dish. A portion of tahu gimbal should fill you up. And it's very delectable!